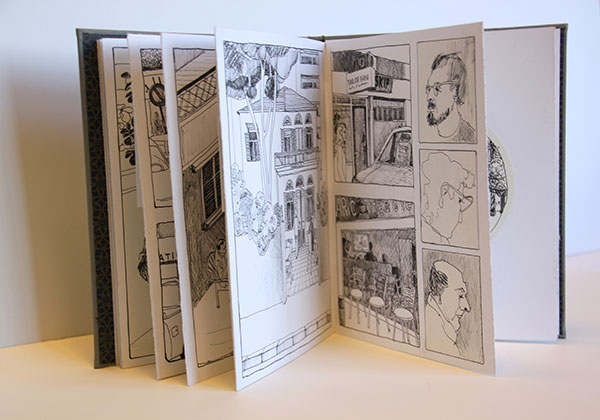 A streetscape is a series of drawings from a street in West Beirut, Lebanon where I live when I am in the city, several times each year. I have been drawing in an attempt to hold on to time. The shops, the people and the life in the little street are changing rapidly in a chaotic and turbulent time. More than 1, 5 million Syrian refugees have fled to Lebanon over the last years and affected the locals in many ways. The short side street that survived years of civil war and invasions is now gradually taken over by Syrians and is changing character. The book can be bought at Mayflower hotel in Beirut or by sending an e mail to Sophie Rodin. 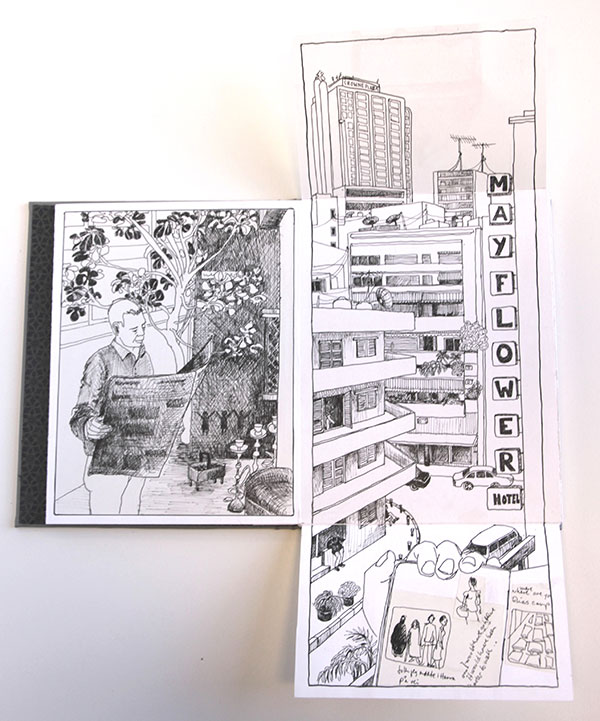 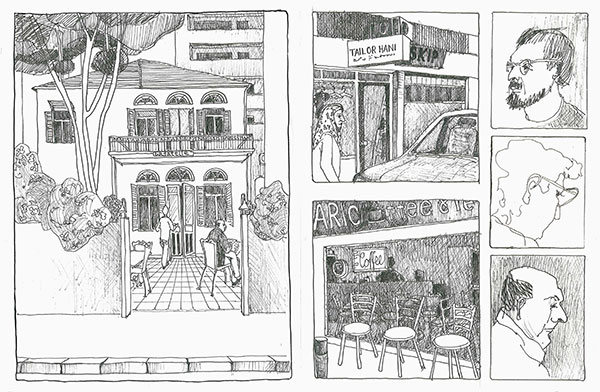